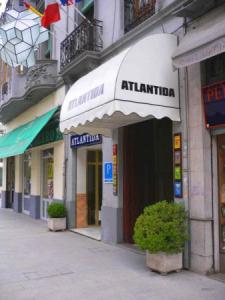 Location
Located in the heart of city, the Atlantida Hostal Granada is close to the Cathedral, train station, university centres as well as the historical area.

Restaurant
No information available at this time.

General
During leisure, you can explore the city and its surrounding attractions. Other services include safe deposit box, internet access and fax.