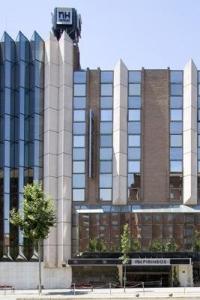 The NH Pirineos Hotel is conveniently located in the Passeig de Ronda, the city's main shopping and service district. One can as well visit places like the Aran Valley, Andorra and France, as all are easily accessible from the hotel.
All the 92 guestrooms at the hotel are well decked with modern amenities that one looks for. The guests can as well make use of variety of facilities offered at the hotel such as restaurant, bar and a cafeteria.