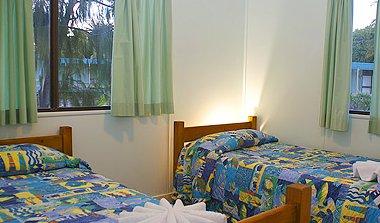 Located at the southern tip of Great Barrier Reef, the Lady Elliot Island Reef Resort is a popular destination to explore the rich marine eco-system. The resort offers four unique style of accommodation that exhibits casual atmosphere. Dinner and breakfast are served in the main dining room, which overlooks the coral lagoon. You can sip your favourite drink at the Lagoon Bar that offers a wide range of cocktails.
Guests can make use of the well-appointed conference room for business meetings and seminars. The resort also offers different levels of dive and snorkelling activities to fit each guest.