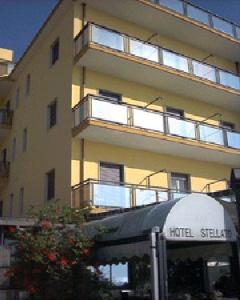 An elegant and comfortable hotel, just two steps from the sea and the centre of the city. Here, you will find a pleasant, relaxant and completely renewed atmosphere, where you will feel yourselves indeed in vacation.

Location
Centrally situated in Trebisacce, Stellato Hotel is 90 kilometres away from the city of Consenza.

Rooms
All guestrooms are clean, well equipped and are air-conditioned to offer comfort and convenience to the guests.

Restaurant
The hotel offers a restaurant and bar for you to enjoy delicious food and beverages.

General
During leisure, guests can simply relax at the solarium, or enjoy at the private beach. Animation and mini club are also provided for groups.