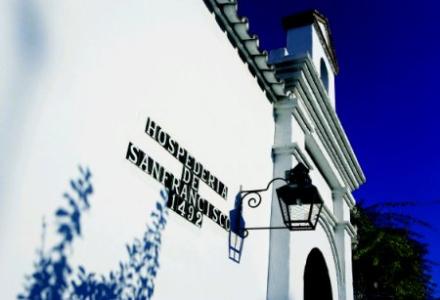 Location
The Hospederia of San Francisco was ordered to be constructed as a convent in 1492 is situated in a natural surrounding off the beaten track or in a charming historical building all carefully decorated. A 15th century Franciscan Monastery, which retains the austerity and elegance of the era in which it, was built. The building has great architectonic value. The public places are decorated in an elegance style while conserving some of the austerity of the past.

Rooms
The bedrooms are comfortably furnished in keeping with the architectural features of the building.Restaurant
Guests can dine at the onsite restaurant that serves a wide range of exquisite cuisine along with Andalusian dishes. The restaurant conserves an old pulpit where you can bless the meal and its creator.General
A well-appointed conference room is also available here for guest's who are on business purpose.