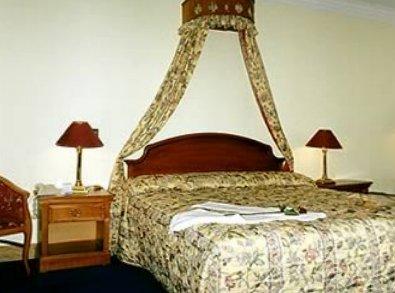 The Lady Gregory Hotel is one of the finest hotels in Galway. Ideally located, with many local and historical attractions, the hotel is surrounded by the magnificent moonscape of the Burren. The Lady Gregory Hotel offers 48 en suite, tastefully decorated guest bedrooms, complete with direct dial telephone, fax and modem lines for the convenience of the business traveller.
Indulge yourself at the in house restaurant, which has a variety of local and international delicacies, freshly prepared by award winning Chefs, complimented with an extensive selection of fine wines. The Lady Gregory Hotel in Galway is also home to a fully equipped conference facility and a superbly appointed wedding reception venue.