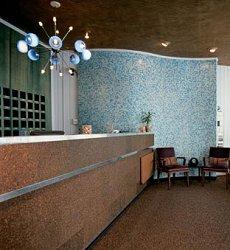 Restaurant
Bambuddha Lounge draws on Filipino, Balinese and Thai influences to combine Miami heat and San Francisco style. Here, shared plates blur the line between appetisers and entrees as well are perfect for sampling the signature flavours of many dishes.

General
An outdoor heated swimming pool with landmark mural on the bottom is available at the premises.