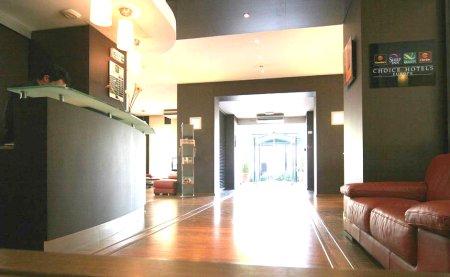 Located in the centre of Grenoble, the Quality Hotel is placed close to Alpexpo Exhibition Hall and Alpes Congress Centre. The hotel offers 59 air-conditioned guest rooms that are facilitated with a host of modern amenities. Attentive room service is also available for your conveniences.
Guests can avail of the facilities provided by several meeting rooms for your business conferences, seminars, banquet and other events. You can dine at the nearby restaurants and later relax with a drink at the onsite bar that serves a wide selection of cocktails. The hotel also offers a favourable parking space for your convenience.