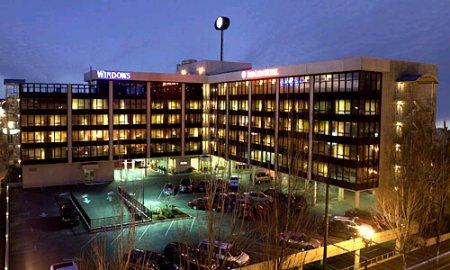 The Red Lion Portland Convention Center is located across the street from the Oregon Convention Center, the Northwest's largest convention facility. The property is within walking distance of Lloyd Center Mall, the Rose Garden Arena, Memorial Coliseum and some of Portland's best restaurants and entertainment. All the 174 newly decorated guestrooms of the hotel offer many amenities.
On-site is our Cafe 10-2-1, serving breakfast, lunch and dinner in a casual atmosphere. Enjoy drinks, appetizers and a skyline view in the Windows Lounge, Skyroom and Terrace. With spacious meeting venues, the Red Lion Portland Convention Center is able to accommodate up to 300 guests for your conference or special occasion. Fax and copy services are available for the business travellers. Furthermore, a fitness centre is available for recreation.