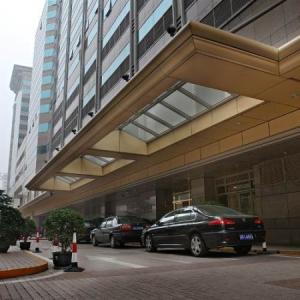 Located in the centre of Beijing, the Beijing New World Apartments is just 30 minutes drive from the airport and is adjacent to the underground central railway station. The hotel is close to many tourist attractions such as the Tiantan Temple of Heaven Park and Tiananmen Square and is also close to all business areas.
The apartment offers rooms, which have been beautifully furnished providing a graceful, yet homely ambience for you to relax. Beijing New World Apartments offers facilities that are as varied as a restaurant, bar, swimming pool, gymnasium and a parking lot.